November 2021Wines of the Month 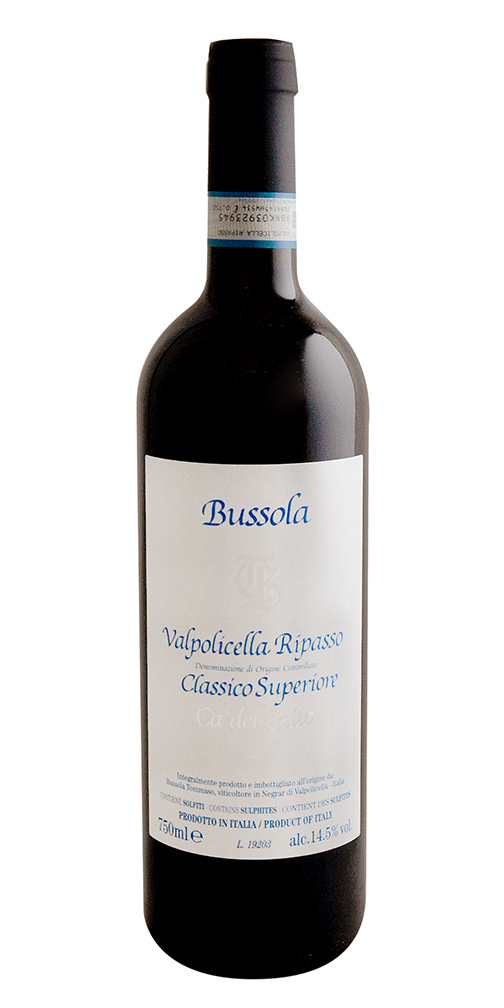 For the wine snob: Tommaso Bussola is a wine estate situated in the northeastern Italian region of Veneto. It specializes in producing a select range of Valpolicella Classico and Valpolicella Classico Superiore wines, as well as Amarone Classico and Recioto Classico wines. The history of the estate dates back to 1977, when Tommaso Bussola began working on his uncle’s wine estate. He took over the estate in the 1980s, and followed his uncle’s tradition of aging wines in barrels that had been used over several vintages. He labelled these wines “BG” in honor of his uncle, Giuseppe Bussola. The Tommaso Bussola estate comprises three vineyards with volcanic or clay soils. These are mainly planted to Coravina,  Corvinone, Rondinella and Molinara, with smaller plantings of Coratina and Dindarella, as well as Cabernet Franc, Cabernet Sauvignon and Merlot. Bussola’s oldest vines are at its Vigneto Alto vineyard, and average 35 years old.

For the rest of us: 60% Corvina and Corvinone, 30% Rondinella, 10% Molinara & other varieties. Hand harvested from younger vines ranging from 5 to 30 years old. This has great tones, with floral and spice aromatics and a core of macerated cherry, dark chocolate and medicinal herb flavors. The finish is grippy providing a pleasing counterpoint to the silky mouthfeel and juicy acidity allows for a pleasant finish.

For the wine snob: In 1976 Dr. Thomas Fogarty, a practicing heart surgeon and noted inventor of medical devices, decided that he would dedicate his approximately 350 acres in the north end of the Santa Cruz Mountains to open space. For inclusion in the Williamson Act, the property would need an active agricultural purpose. The idea appealed to Dr. Fogarty, but he was undecided as to what types of crops he would cultivate. Initially, Dr Fogarty considered planting the entire property to Kiwi fruit, but thankfully he reconsidered after a few fellow Stanford physicians introduced him to the wines of Burgundy. Once he had made the decision to plant the land to the cool-weather varieties Pinot Noir and Chardonnay, a mutual acquaintance introduced Dr. Fogarty to Michael Martella, a fourth generation grape grower in California. Michael became the first employee of Thomas Fogarty Winery and directed the winery for almost thirty years, developing the vineyards and the wine.

For the rest of us: 100% Gerwurztraminer, The Gewurztraminer is harvested in two passes; both in early September. The team at Fogarty looks for disparate ripeness in the two picks to bring complexity, exotic notes and brightness to the final blend. The riper fruit has more exotic character while the not fully developed grapes have crunchy acidity and more ginger and spice notes. The riper lot is crushed on its skins and then pressed, giving this fraction a bit of skin contact; the second lot is pressed whole cluster. The two lots are combined and fermented together at 52-56 degrees for two months. The Thomas Fogarty Gewürztraminer displays classic rose, jasmine and ginger aromatics. Thomas Fogarty strives for balance when making Gewürztraminer, a grape that seems almost naturally prone to excess. Texture, flavor, acid, and fruit balance. 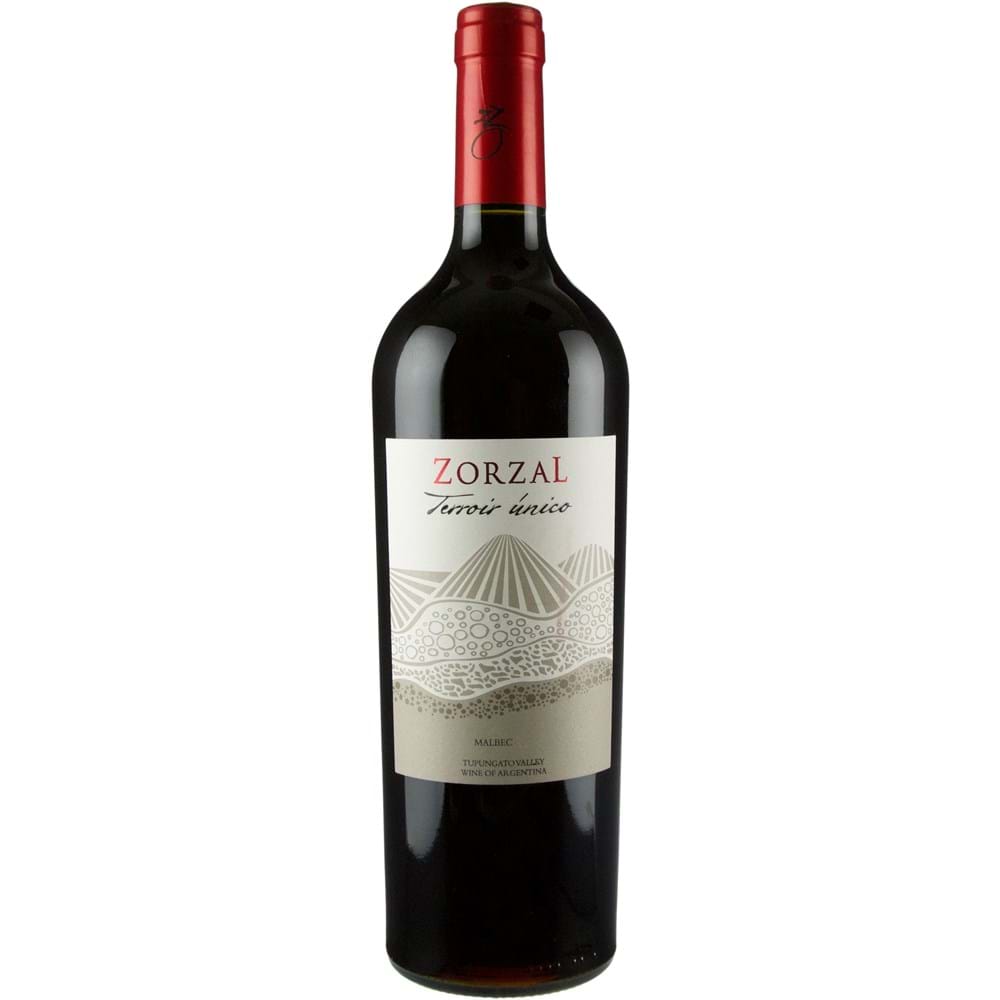 For the wine snob: Zorzal is a boutique winery that was started in 2007 by brothers Gerardo, Juan Pablo, and Matias Michelini. The winery and vineyards are located in the Gualtallary subregion of the Uco Valley at approximately 4800 feet above sea level. The estate sits on a unique blend of sand, stones, and granitic limestone and the grapes are all hand-harvested. Zorzal’s vision is to have a light hand in the winemaking so that the fruit and terroir can shine through. They strive to produce elegant wines that showcase the minerality and cool climate of Gualtallary. The winery practices a combination of organic and sustainable farming and tends to pick earlier than most in Mendoza to retain freshness and acidity in their wines instead of the overblown ripeness that is too often seen.

For the rest of us: This hand harvested, single vineyard, from Gualtallary is 100% Malbec and spends 12 months in French oak barrels. A large nose of blueberry, blackberry, vanilla, and smoky tobacco leads to a big and bold palate of fig newtons, dry leaves, dark chocolate, and powdered sugar. The finish lasts with big, smooth tannins and fruit galore.

For the wine snob: Dating back to the 17th century, Domaine Paul Blanck represents an exemplary synthesis of history and tradition flawlessly combined with innovation. The net result is an invitingly diverse range of stylish, eloquent, and lively wines. The domaine is comprised of 35 hectares that are farmed without the use of chemical insecticides and fertilizers. n 1610, Hans Blanck, the family’s Austrian ancestor acquired the first vines in Alsace. In 1846, Jacques Philippe Blanck obtained a medal for his work as a winemaker. In 1927, Paul Blanck, along with a handful of other winemakers, were recognized as the driving force behind turning the site of Schlossberg into a pilot site for a future grand cru. In 1975, with the creation of the grand cru appellation system in Alsace, Schlossberg was the first to be assigned this appellation. Paul’s sons Bernard and Marcel Blanck play a crucial role in elevating Domaine Paul Blanck and the notion of grand cru terroir. Bernard and Marcel’s sons, cousins Frédéric and Philippe, joined the domaine in 1985. Together they lead the domaine into the 21st century. Philippe Blanck is in charge of external relations and is an ambassador for the domaine as well as the region of Alsace. Frédéric Blanck is in charge of the vineyards and the cellar.

For  the rest of us: The juice is extracted with infinite care in an air-bag press. Slow, gentle pressing avoids crushing the stalks and pips. Fermentation occurs spontaneously with native yeast in stainless steel vats. Temperature control maximizes aromatics. The Paul Blanck 100% Pinot Gris has subtle aromatics of lemon rind, peach, apricot, and apple. Fleshy and round, this wine has an exquisite mouthfeel, opening with fruity notes that develop into a dry and floral finish.

For the wine snob: Once and Future Wine Company is a return to the original vision Joel Peterson had for Ravenswood so many years ago. A project that specializes in wines from special vineyards made with a sensitivity to place and in a style that he personally loves and believes in. He says that these wines force me to dust off the old redwood vats and get out a new punch down tool (his original is in the Smithsonian), wines that dye his hands that harvest shade of black/purple and sometimes force me to take an additional Advil some mornings. In short-wines of sweat, exertion, and love.” The soils at Oakley Road Vineyard are so sandy that early growers in this region were disparaged as “sandlappers”. Little did they know that the delta sands, with their Phylloxera inhibiting properties, would be the key to the survival of some amazing 100-plus-year-old, own- rooted, non-irrigated vines. The micro climate of Oakley allows grapes to ripen early. It is not so much that it is hot during the growing months the average temperature is about 74 degrees with the nights in the 50s and the days in the 90s during the month of July and August, but that the sandy soils warm earlier in the year than most other areas in California, and vine growth starts sooner.

For the rest of us: 100% Mataro, This wine has an aroma that is redolent of sweet red cherries, with hints of bay leaf and wood smoke. There is dollop of vanilla and caramel from the new (25%) French oak that adds roundness and depth to the bouquet. In the mouth the wine is bright, rich and red fruit driven with all the suppleness that one would expect from own roots vines in such sandy soils. 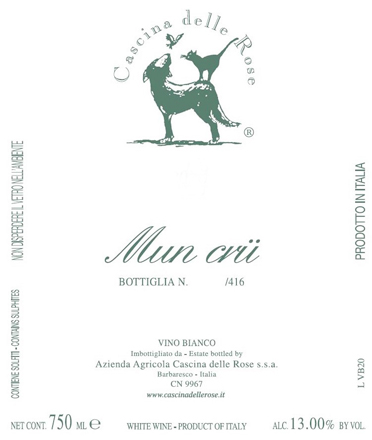 For the wine snob: The total holdings for Cascina delle Rose are 4 hectares of vines and production has reached 24,000 bottles. She has parcels in Rio Sordo and the neighboring appellation Tre Stelle. These two crus are often cited as producing among the lightest and earliest maturing Barbaresco wines. Cascina delle Rose owns 2.5 hectares in the 15-hectare Tre Stelle cru. Organic viticulture is employed. The soil is of marine origin from the tertiary era and is characterized by bluish marls (from 1 to 3 meters deep) and by a calcareous nature. The stratification is dense and varied, rich in minerals and natural springs. Harvest is done by hand. Grapes are softly pressed. The Dolcetto skins stay in contact with the must for about 7-9 days. The Nebbiolo and Barbera skins stay in contact with the must for about 10-20 days. Malolactic fermentation occurs at a constant temperature of 20°C. Wine is not filtered or fined. Dolcetto d’Alba and Langhe Nebbiolo vinify in stainless steel only. Nebbiolo, for Barbaresco, and Barbera mature in big Slavonian oak casks.

For the rest of us: 100% Arneis. The color is a brilliant and intense yellow, with golden reflections. It shows elegant floral notes, jasmine, hints of sweet citrus peel, white peach and delicate acacia honey. Intriguing structure, Mun Cru bursts with a wealth of flavors. Round and balanced, sapid and long persistence. The wine was bottled with a waning lunar cycle, for a total production of 416 bottles.

For the wine snob: 100%, Les Lézardes Syrah is Rostaing’s gorgeous IGP red that is sourced from various parcels from the norther edge of Côte-Rôtie. There is also some fruit coming from a vineyard in Tupin that the estate replanted in 2006. The grapes are manually harvested. Maceration lasts between 7-20 days depending on vintage. Rostaing likes to use a majority of whole clusters during fermentation. The wine ages in a combination of older barrels before release. Pierre uses up to 100% of the stems; believing they contribute to Côte Rôtie’s ineffable perfume. Macerations last from 7 to 20+ days, and the wines enjoy a long élevage in a mix of barrels and time-honored pièce for aging, so that no more than 15% of a given vintage sees new wood.

For the wine snob: The Furstentum vineyard is composed of calcareous soil consisting of a pebbly structure. The vineyard is south-facing and sloping, providing exposure to the sun and resulting in a unique Mediterranean-like flora. This terroir produces full-bodied, age worthy wines with complex and powerful aromatics. The Riesling’s juice was extracted with care in an air-bag press. Slow, gentle pressing avoided the crushing of stalks and pips. Fermentation occurred spontaneously with indigenous yeasts in stainless steel. The wine was aged on lees in large oak barrels for 12 months, contributing to the richness of the wine. Oxygen passing through the porous wood resulted in a gentle oxidization, creating rich aromatics. The wine is then bottled and aged for 2 to 3 further years before being offered for sale.

For the rest of us: Ripe pear notes on the nose of this wine have something creamy and subtle about them. The palate continues in the same, mellow vein, imbuing the fruit with gentle but concentrated texture, creaminess and almost a hint of vanilla. Freshness counters and leaves a just off-cry, creamy and fruity finish.