September 2021Wines of the Month 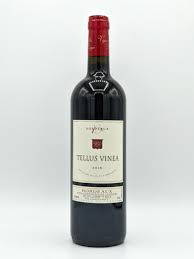 For the wine snob: The Pueyo Family has owned Belregard Figeac since 1853. The estate has remained in the family and this continuous ownership is accompanied by the priceless and intimate knowledge of the best parcels of each vineyard gained through seasons of observation. This is the kind of understanding that no amount of time at university can replace. The vineyards are situated on the slopes near the picturesque village of Saint Emilion but in the section that borders Libourne and Pomerol. Saint Emilion is a large appellation, with noticeable variation in soil types, over 17 different combinations of soil and subsoils are classified here, resulting in wines that can be very different from one another.

For the rest of us: Merlot predominates at Belregard Figeac, comprising 68% of the vineyards. Cabernet Franc (25%) and Cabernet Sauvignon (7%) make up the rest. The vines are an average 35 years old (as of 2011). The grapes for this wine are harvested (by hand) from vineyards that border the Lalande de Pomerol appellation. The grapes undergo a three-day cold maceration; the alcoholic fermentation then proceeds for eight to ten days. Rich, ripe, dark fruit followed by dry oak and earthy flavors. Medium-plus acidity and medium-plus tannins, big bodied. Full and round, but with lots of layers, prominent tannins, and good acidity rounds out the finish. 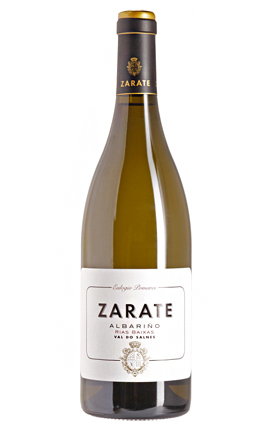 For the wine snob: The Zarate estate is an old one, founded in 1707, in the classic Val do Salnés zone. Formed by the lower reaches of the Umia River, its undulating slopes of Xabre, weathered granite, soil, and cool climate make Val do Salnés the region’s greatest terroir and home to its longest-lived wines. When Galicia’s Rías Baixas officially attained appellation status in 1988, there were only thirty wineries, and almost all the wine they produced was consumed locally. In the years since then, Rías Baixas has exploded and is now home to six times as many producers. Its growth has been driven by the worldwide thirst for the bracingly fresh and aromatic white wines made from the region’s signature grape, Albariño.

For  the rest of us: 100% Albarino, A finely tuned Albariño. Each parcel is vinified separately; thus displaying the individual terroir in each of the wines. Brilliantly clean, stony tropical pineapple presents clearly on the nose and palate. Yellow citrus flavors are like a simple, well-constructed melody, balanced and constrained. There is no oak contact; it is fermented and kept 100% in stainless steel.

For the wine snob: 100% Cabernet Franc, also practicing biodynamic farming. Domaine de Pallus Messanges is a pure expression of Cabernet Franc. The grapes used for this cuvée are macerated for 8 days in concrete tanks. Messanges is then aged in 600-liter barrels for 6 months before being bottled unfined. Bertrand became the 5th generation of the Sourdais family to manage the estate when he took over in 2004. They are based in the village of Cravant-Les-Côteaux, which is one of the 2 villages encompassing the Chinon AOC. Cabernet Franc being the king grape of the region. Domaine de Pallus enjoys a unique situation in the appellation; it is surrounded by vineyards in the middle slope, which is considered the best terroir. Messanges is an old Loire Valley name for Cabernet Franc.

For the rest of us: The result is a soft wine with abundant aromas of bright red berry, floral, herbal and spicy aromas, including notes of thyme and bay leaf. On the palate, ripe blackberry and cherry it is dangerously easy to drink. It is nice served slightly chilled as well.

For the wine snob:  100% Chardonnay, The wine was fermented with native yeast in stainless steel. We arrested secondary fermentation resulting in a Chardonnay that retains its bright and lively qualities. 90% of the wine was aged in stainless steel with 10% being aged in neutral French oak barrels for 6 months then bottled March 24, 2017. This twenty year old breezy vineyard in Carneros is planted with the Robert Young clone and is just a few miles from the town square of Sonoma. California black clay soils and the cooler climate tend to delay ripening until late in the harvest season.

For the rest of us: This Carneros Chardonnay has hints of pear, yellow apple, lemon yogurt, white peach and white flowers like jasmine. It is dry and medium-bodied with just a touch of spice from the 10% being aged in neutral French oak barrels. 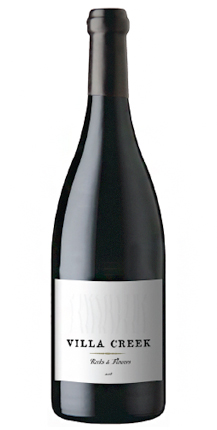 For the wine snob: Grapes are manually harvested and sorted.  Native yeast fermentation occurs with 40% whole clusters in a selection of concrete and stainless steel tanks. Maceration lasts for three weeks until the grapes are gently basket pressed. The wine ages in a combination of 500-liter puncheons and 225-liter barriques, of which 40% were new. 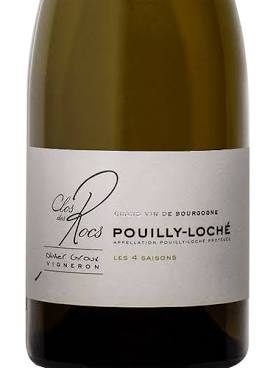 For the wine snob: The lieu-dit of “Les Mures” is considered to be the finest example of the appellation, though this is due in part to the absence of the Clos des Rocs Monopole cru from the market for many years prior to Olivier’s arrival on the scene. Rankings aside, the 40-year vines and limestone-rich soil of “Les Mures” (situated immediately next to the Clos des Rocs) produce an undeniably fine wine with persistent minerality marked by notes of lemon confit, and finishing with exceptional length. To our knowledge, no estate-bottled wine from the appellation has appeared in the U.S. in the recent past, despite the fact that the AOC dates back to 1940 and enjoys a strong reputation locally in the Maconnais. As this was our first serious exposure to a full range of cuvees from the appellation, we were eager to understand what, if any, differences in terroir would be evident in the glass. The soils are characterized by iron-rich clay and limestone, often with up to 30cm of dense limestone pebble dispersion at the surface.

For the rest of us: The 2017 Pouilly-Loché Les Mures exhibits an attractive bouquet of green pear, white flowers, oatmeal and peaches. On the palate, it’s medium to full-bodied, satiny and fleshy, with a charming and expressive core of fruit, ripe acids and a nicely defined finish. 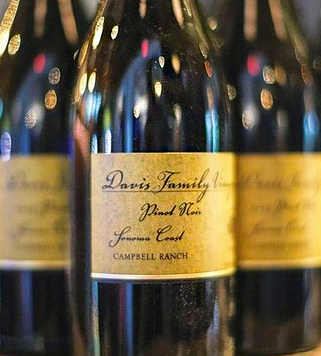 For the wine snob: Campbell Ranch is located on the California coastline near the Sonoma and Mendocino County border near the town of Annapolis. This is the northern corner of the Sonoma Coast appellation. The proximity to the ocean keeps the vineyard site extremely cool, yet the elevation ensures continuous sunshine on the vines. Since it is so close to the ocean, Campbell Ranch is the longest and coolest growing season of any of Davis vineyards. The length in growing season means depth and darkness in the fruit complexity, moving from Russian Rivers typical red fruit into classic Sonoma Coast dark fruit. The cooler season means vibrant acidity that becomes a beautiful backbone to support the darker fruit profile.

For the rest of us:  The length in growing season means depth and darkness in the fruit complexity, moving from Russian River’s typical red fruit into classic Sonoma Coast dark fruit. The cooler season means vibrant acidity that becomes a beautiful backbone to support the darker fruit profile. Since this vineyard never reaches over 75 degrees due to heavy winds, the thickened skins have a delicious black tea character that complements slight salinity and light spice. 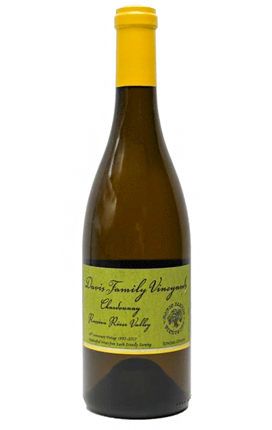 For the wine snobs: The 2018 Davis Estate Chardonnay is a beautiful, crisp, clean, yet savory expression of the Russian River.  The Chardonnay is farmed from the Davis’ Soul Patch Vineyard in the heart of the Russian River Valley. Only earth-friendly farming practices (organic and biodynamic) and manually harvest all of the grapes only when they are perfectly ripe. The Chardonnay block on Soul Patch Vineyard sits at the very bottom of the eastern-facing hillside. This is an extremely cool pocket, which allows the fruit longer hang time, resulting in bright, beautifully balanced acidity.

For the rest of us: 100% Chardonnay, flavor-rich Chardonnay with aromas of exotic tropical fruit, lemon custard, and spice! The goal each year is to achieve the seamless balance between the Old World and the New World, while maintaining a sense of place. In addition to this focus on terroir, Guy Davis strives to highlight the subtle nuances that make each vintage distinct.