January 2023Wines of the Month 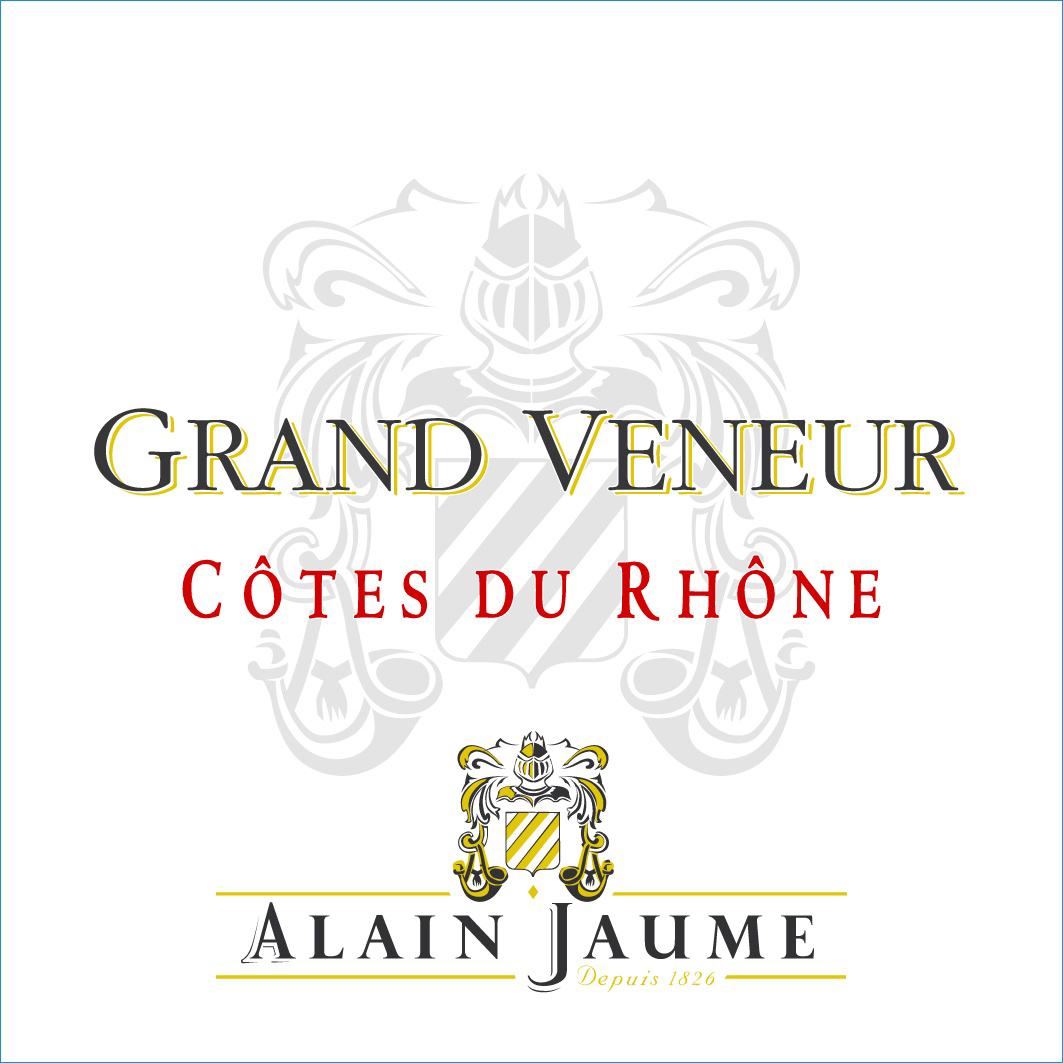 For the wine snob: Located in the Orange commune of Châteauneuf-du-Pape, the Jaume family has been dedicated to the art of wine growing since 1826. Since 1979, the domaine has been run by 5th generation Alain Jaume, who is now helped by his children Christophe, Sébastien, and Hélène. The 225-acre estate covers several AOCs and 13 grape types. The Grand Veneur and Clos de Sixte vineyards are certified organic. The Côtes-du-Rhône is made from various type of soils, the most predominant of which is limestone terraces with sand and red clay. This terroir provides an extraordinary richness and complexity with a Mediterranean style.

For the rest of us: 60% Grenache Noir, 35% Syrah and 5% Cinsault. The color is purple-tinged garnet. The bouquet of aromas offers fresh berries (wild raspberry, blackcurrant, blackberry) and hints of spices. The palate is big and full-flavored, with silky-smooth tannins and red and black fruit flavors. The finish introduces touches of licorice and pepper. A Côtes du-Rhône with great complexity for everyday drinking. 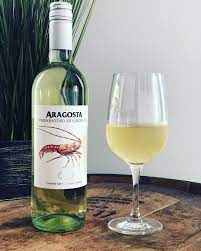 For the wine snob: Hailed for centuries as a Mediterranean vine-growing paradise, multiple cultures over many centuries have ruled the large island of Sardinia. Set in the middle of the Tyrrhenian Sea, the Phonoecians, Ancient Rome, and subsequently the Byzantines, Arabs and Catalans have all staked a claim on the island at some point in history. Along the way, these inhabitants transported many of their homeland’s prized vines and today Sardinia’s modern-day indigenous grape varieties claim multiple origins. Sardinia’s most important red grapes—namely Cannonau (a synonym for Grenache) and Carignan—are actually of Spanish origin.Vermentino, a prolific Mediterranean variety, is the island’s star white. Vermentino has a stronghold the Languedoc region of France as well as Italy’s western and coastal regions, namely Liguria (where it is called Pigato), Piedmont (where it is called Favorita) and in Tuscany, where it goes by the name, Vermentino. The best Vermentino, in arguably all of the Mediterranean, grows in Sardinia’s northeastern region of Gallura where its vines struggle to dig roots deep down into north-facing slopes of granitic soils. These Vermentino vines produce highly aromatic, full and concentrated whites of unparalleled balance.

For the rest of us: The Lobster is the symbol of the gastronomy of Alghero and this white wine made from Vermentino di Sardegna grapes, is the ideal match. Pale straw-yellow with soft hints of green. Its winy aroma is well-balanced, delicate though distinct, with a fresh fragrance, reminiscent of ripe apples. Harmonious, dry but not harsh, crisp and rather lively, with a pleasantly lingering aftertaste of almonds.

For the wine snob: Fran Kysela created the Rubus Project in 1997 as a way to source & sell incredible wines at value prices. This global project encompasses wines from around the world, all of which are hand-selected by Fran himself. Rubus wines must be from estate-grown fruit, and they must over deliver. The first Rubus wine was a superb batch of 1,200 cases of 1997 Amador County Zinfandel. The wine sold out in a few days, and the Rubus label wasn’t used for the next 10+ years. In 2009, Kysela found an outstanding Cabernet Sauvignon from Stag’s Leaps district in Napa Valley, which became the next wine to be sold under the Rubus label. This was followed closely by a Russian River Chardonnay and an excellent Lodi Old Vine Zinfandel.

For the rest of us: 100% Pinot Noir. Garnet black color. Aromas and flavors of berry-mint compote and toffee with a supple, bright, dryish medium body and a smooth, breezy finish that presents notes of pound cake with cherries and pickled beets with a suggestion of oak flavor. 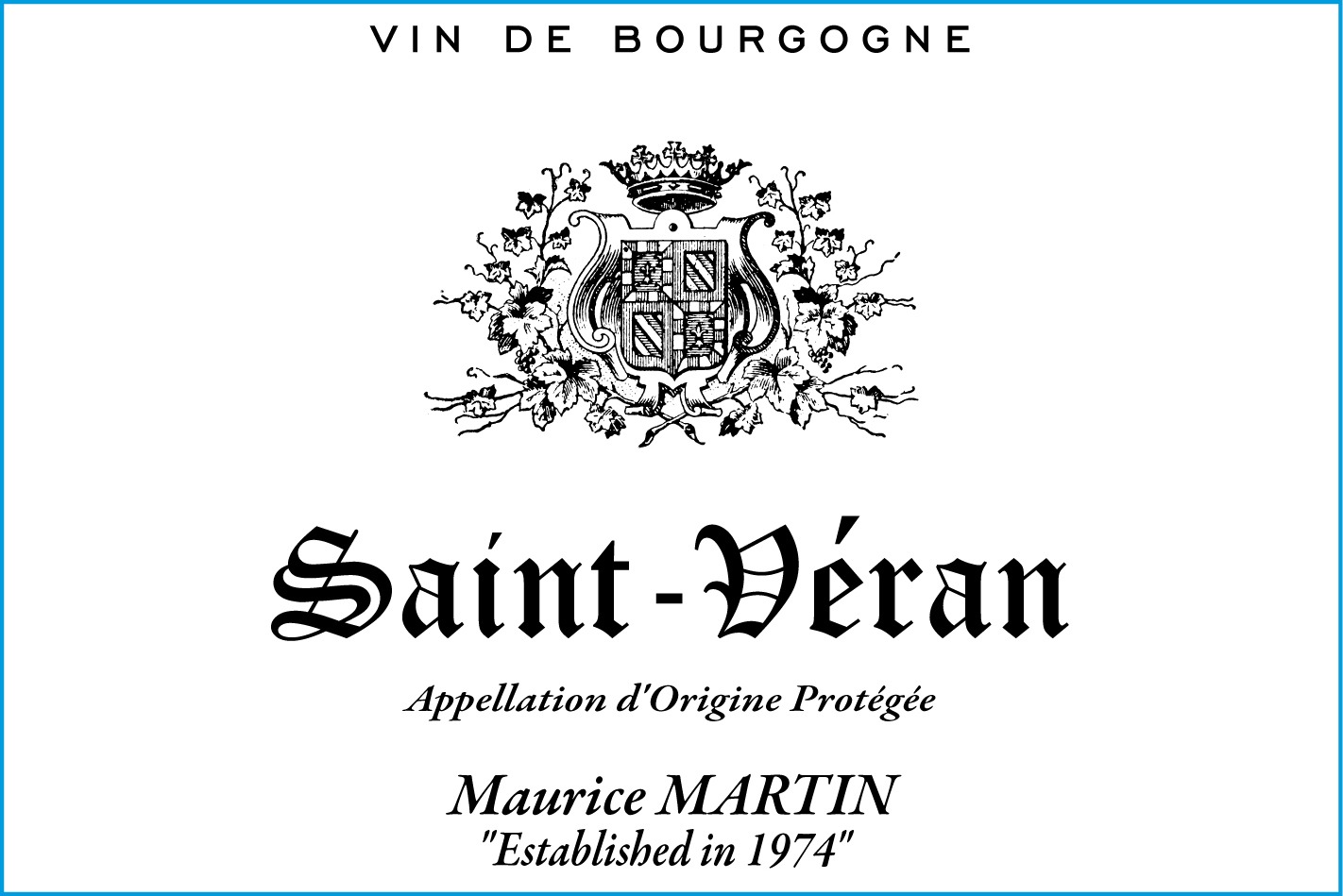 For the wine snob: Domaine Maurice Martin was established in 1974. Maurice is the father of Richard and Stéphane Martin of Domaine de la Croix Senaillet. The label today is an exact replica of the label used by Maurice Martin when he began selling bottled wine (instead of selling everything to the négoce). Now under the direction of Richard & Stephanie, Maurice Martin’s philosophy is still showing through the wines: affordable, clean, fresh, aromatic and true to the soils and weather found in the Maconnais region.

For the wine snob: Tyros wine is the perfect expression of the Napa Valley. The vineyards that contribute to this wine span most of the AVA’s (American Vinicultural Areas) in the Napa Valley and include the Pope Valley at the North end of the valley, through St. Helena and the Oak Knoll district and end up in the Carneros AVA in the Southern end of the valley. They are blended together to form a harmonious and expressive wine.

The Cabernet Sauvignon portion of the wine includes 8% from the Silenus Estate Vineyards and another 21% from the Oak Knoll District AVA, 17% from the St. Helena AVA, 7% from Pope Valley. The Merlot comes primarily from the Oak Knoll AVA with 15% and the Carneros AVA with 8%. The wine was aged for 22 months in 50% new French oak, 10% new American oak and the rest in neutral barrels. This blend of oak integrates perfectly with the lush fruitiness of the wine and lends just the right amount of tannins for a perfect balance.

For the rest of us: 77% Cabernet Sauvignon, 23% Merlot. Our Tyros Cabernet Sauvignon has a deep ruby red color with beautiful garnet tones reaching the rim. The nose introduces rich flavors of perfectly ripened plum, black cherries and playful notes of Tahitian vanilla bean. True to its classic Napa style, the palate is dominated by its fruit forward personality with secondary tones of bay leaf, dried rose petals and toasty oak lingering on its velvety long finish. 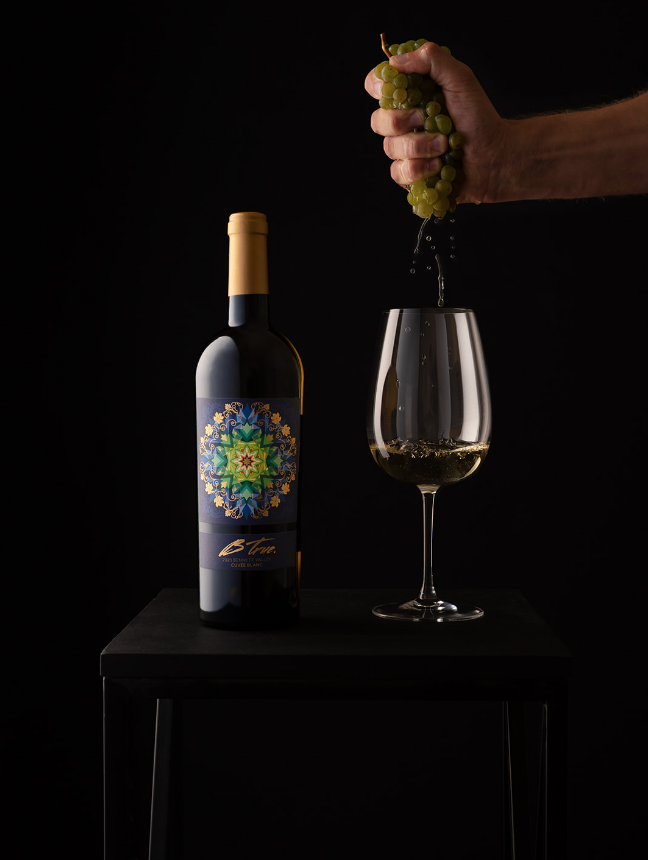 For the wine snob: Prior to being widely recognized as one of the world’s best wine regions, the Napa Valley was a place that fostered intimate, family-owned vineyards and wineries. These wineries produced wines that were authentic & unique, showcasing a true labor of love. In this spirit, B True Wines produces small lot, handcrafted wines focusing on appellation specific and single vineyard fruit. We have cultivated a unique opportunity to study and find the precise locations within premier, lesser-known vineyards that produce the most exceptional fruit. Terroir that is true to the varietal character and ideally suited for B True Wines.

For the rest of us: 88% Sauvignon Blanc, 12% Semillon.  This wine showcases the vibrancy and expressiveness of Knights Valley fruit while honoring the time-tested tradations of old-world style winemaking.

For the wine snob: Maison du Midi Chateauneuf du Pape is a wine made from carefully selected grapes from a single estate with vine averaging 15 years of age. Head pruned the vines are growing in classic Southern Rhone terroir of large pebble stones with sandy clay subsoils that balance ripening and keep the roots healthy and strong. All manually harvested, the grapes are fully destemmed befor fermentation. Maceration lasted 3 weeks in temperature controlled tanks and the wine aged in 100 years old wooden cask and stainless steel vats to soften and maintain fruity aromas.

For the rest of us: This youthful red, a blend of 84% Grenache, 11% Syrah, and 5% Mourvedre, is plump, round, and ripe. Its noteworthy elegance employs indulgently fresh, delicious blue and red berries, spicy and fragrant. White pepper and cranberry perform a mid-palate performance, igniting a silky texture, while washing the tongue with chalky tannins. Red cherry adds a sweetness to the toasty finish.

For the wine snob: The historic Domaine Bertagna once belonged to the Cistercian monks, famous for founding the Clos de Vougeot in the 13th century. The estate’s cellars and vineyards are located in the heart of the village nearby the Chateau and its ancient Chapter House. The winery has been owned by the world-renowned Reh family since 1982 and since 1988 has been managed by Eva Reh. With 18 diverse climates across the region, comprising a total of over 42 acres, five of which are Grand Crus and seven are Premier Crus. Bertagna is among the top ranking Domaines in Burgundy. A desire for perfection and emphasis on quality, couples with significant investments in technology and vineyard management, result in some of the region’s most compelling wines. Domaine Bertagna is perhaps best known for its elegant, silky red wines, but it also produces one of the world’s rarest white wines – Vougeot 1er Cru Blanc “Les Cras” from the Cotes de Nuits.

For the Rest of us: 100% Chardonnay. Soft and fruity, with aromas of fresh and dried fruit. Long, juicy finish. Pairs well with fish, white meats and poultry, and goat cheese.